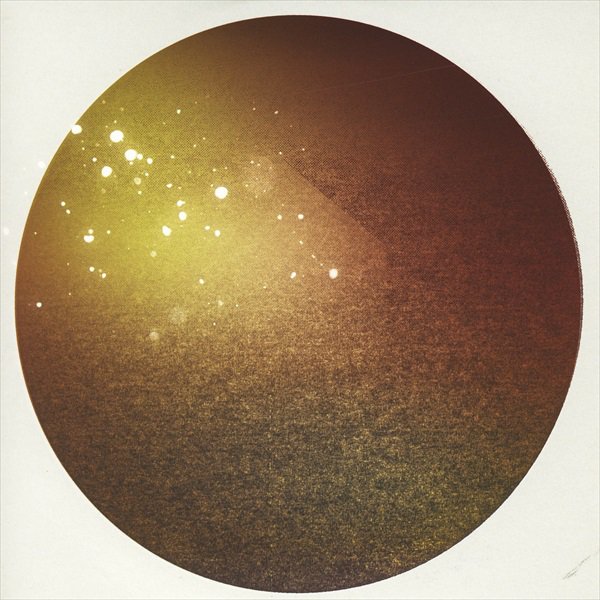 Smalltown Supersound is proud to present Kaleidoscopic, the follow-up to the critically acclaimed debut album, Pooka, by Jaga Jazzist leader Lars Horntveth. Kaleidoscopic consists of one 37 minute long composition and was recorded with 41 members of the Latvian National Orchestra (34 string players, 3 percussionists, clarinet, flute, bass trombone and one harp), with Lars Horntveth himself playing piano, horns, and clarinets. The orchestra was lead by the Norwegian conductor Terje Mikkelsen, who now conducts the St. Petersburg Philharmonic and the Moscow Radio Orchestra. While Mikkelsen conducted the orchestra over a two day span in a small church in Riga, Latvia, Lars and producer Jørgen “Sir Dupermann” Traeen concentrated on listening to the takes and commenting on which direction they wanted the music to take.

Lars' dogma in creating this album was to write the music chronologically into an open, endless score, similar to a diary.  Intending for the music to flow from idea to idea, Lars wanted the score to grow and develop along with his state of mind.  Rather than  create ten songs for an album and then sequence the tracks to have a  smooth curve of tension and release, Lars wanted to make a larger, more encompassing curve, and accomplish it in just one song. The album is a journey in sound, its form fitting somewhere between Steve  Reich's Music For 18 Musicians and KLF's Chill Out. It is a musical experience from start to finish, an auditory trip into very different rooms and moods, with great contrast and surprises from one musical genre to the next. In a recent interview with a Norwegian newspaper,  Horntveth explained that he was inspired musically by Jim O' Rourke's guitar playing, Robert Wyatt’'s use of contrasts, Stereolab`s playfulness, the soulful and inventive drumming on Dave Brubeck'’s Take Five, Joanna Newsom`s unconventional take on pop, Hitchcock- composer Bernard Herrmann’'s moods, and Jean-Claude Vannier’'s string arrangements for Serge Gainsbourg.

Kaleidoscopic was launched in Norway at the Oya Festival where the whole album was played in its entirety by Horntveth and the Norwegian Broadcasting Orchestra. Amongst many of the glowing reviews, Pitchfork wrote “It sounded lovely and professional, quite a bit like Jaga's  sprightly yet severe post-rock/jazz, with a more classical bent.”

Horntveth`s musical skills are self taught, starting Jaga Jazzist when he was 15 years old. Since then he has created five albums with the band. He debuted with his solo album Pooka in 2004 to wide critical acclaim. The album was awarded two different Norwegian Grammies: The  Spellemann Prize, and the more alternative-leaning Alarm Prize.  Horntveth has contributed to and written music for over 50 albums, including Turbonegro, Magnet, and Motorpsycho, among others. He has written 3 film scores, as well as music for several radio plays and theatrical productions.  Kaleidoscopic is the largest and most challenging project Lars has accomplished to this day. The Kaleidoscopic artwork is by Kim Hiorthoy. The liner notes (see below) for Kaleidoscopic were written by John Szwed, author of Space  is the Place: The Lives and Times of Sun Ra and So What: The Life of  Miles Davis.

A music exists that we speak of as “cinematic,” a music that makes us think of the flow of changing images in a film.  There is a history to this idea.  Even before there was sound on film and it had to be provided by musicians in the theater, a way of making films developed that is sometimes called the classical Hollywood style, or the style  of no-style.  In such films, music served as one of the elements creating the sense that there was something natural, something inevitable about the narrative flow of the film. Music, cinematography, editing, and story all worked together to conceal the mechanics of how the film was made. Film music of that era was usually created by symphonic orchestras with large string sections, and a variety of other instruments assuming different roles through musical themes associated with characters in the film as if they were arias in an opera. Then, in the late 1950s, music took on new relationships with cinema when it began to be recorded on tape in a series of different takes, and then edited together. Recorded music was now being constructed in much the same way as films were conceived and assembled. Sergey

Eisenstein seemed to have anticipated this convergence in the early days of Russian cinema when he theorized about montage -- the joining of different film images together by editing to create new images.  He found his inspiration for this in music, where one note, placed next

to another, created a sound that was different than when any other  note was used.  Eisenstein made visual analogies to overtones,  polyphony, breaks, as well as intervals, all elements in the rhetoric  of music that holds notes together or keeps them apart (in fact, the  name for montage was originally the “interval.”). After film, music sounded different, and film without music never seemed the same again.

Lars Horntveth’s Kaleidoscopic is such a cinematic score, with masterful orchestration, the individual instruments used for maximumeffect, with one brilliant melody after another rising up in the orchestra, all put together by overlapping melodies or new melodies  emerging out of the old.  This is music in the grand cinematic manner, echoing the scores of Franz Waxman, Bernard Herrmann, Ennio Morricone,  and even the new composers for Hong Kong films.

There should be a word for this music other than cinematic, one that captures its opalescence, and its ability to generate visual images.  Once, it would have once been called “lush” in English, meaning “luxuriant” and “full.”  But like its equivalents in Norwegian (“luksuriøs,” “saftig,” or “frodig”), the word acquired some negative overtones from overuse, and fell out of favor. Yet there are also some positive associations with “lush,” such as “rich,” “fresh,” and “intoxicated. So why not revive it, and bring it to life again to describe Kaleidoscopic, music so full of life, so evocative of meanings, so synesthetic, so lush. (John Szwed)