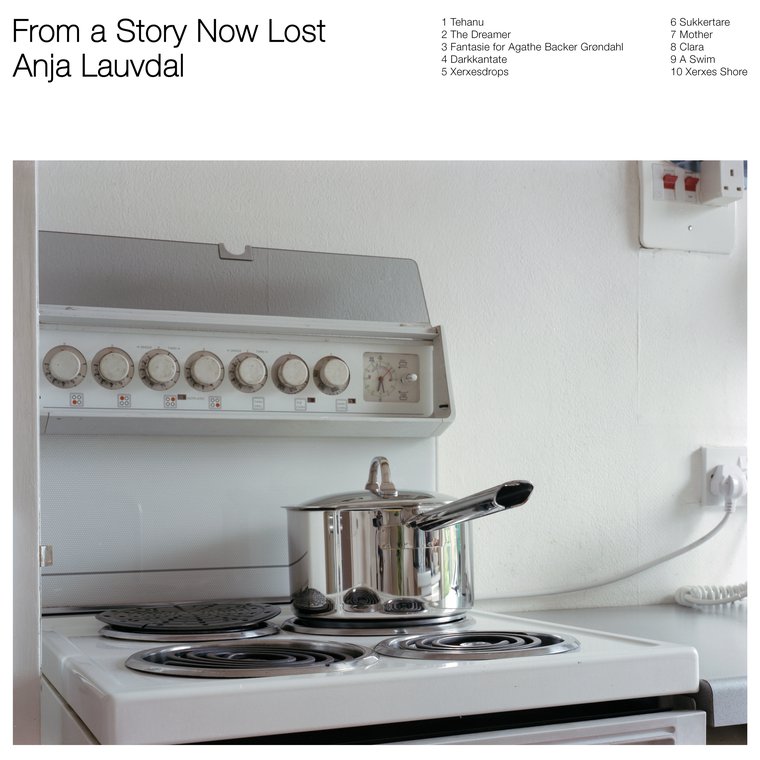 Norwegian musician Anja Lauvdal announces From a Story Now Lost, her debut solo album produced by Laurel Halo out October 28th on Smalltown Supersound. From a Story Now Lost is a jewel of subtle beauty and innovative detail that shows Lauvdal finally exploring her own voice after more than a decade of collaborative improvisational playing, beginning with her time in jazz conservatory in Trondheim, Norway. It’s a gorgeous musical essay reflecting on time, its perception, and lost histories rediscovered. In conjunction with today’s announcement, Lauvdal offers a glimpse into the album with "Fantasie for Agathe Backer Grøndahl."

Lauvdal is a freeform musician on piano, synthesizers, and electronics with a discography stretching back to 2013. She has participated in a myriad of ensembles and collaborations that explore the limits of sound and music in many forms, including noise, jazz, and more. Following her move to Oslo after graduation, Lauvdal became deeply embedded in the music community there, touring with Jenny Hval as well as playing on her records. When the pandemic hit and isolation was the norm, Lauvdal began working on her own, recording her improvisations in an attempt to capture something new for herself.

Lauvdal was connected to Laurel Halo via Smalltown Supersound’s founder Joakim Haugland. Halo, an American recording artist and producer, had already leant her production skills to the label with her remix interpretations of Bendik Giske’s “Cruising”, released as a 12" in 2021 by Smalltown Supersound. Sensing a creative synergy between the two artists, Halo was invited to take on the role of producer for Lauvdal'salbum, and became integral to its creation throughout every stage. Together, they found a creative dialogue in which Lauvdal would send recorded improvisations, synth loops and textures, and Halo would respond with manipulation, processing and additions of countermelody and harmony, which Lauvdal would then use for further improvisation. Lauvdal describes the end result, “like seeing different pieces of time around in the universe.”

While the record is based on Lauvdal’s improvisations, some tracks, including today’s single, were inspired by Agathe Backer Grøndahl,a Norwegian classical pianist and composer from the latter half of the 19th century. While Grøndahl is not widely known, now, partly through Lauvdal, her story resurfaces. “Grøndahl was a superstar in her time, and like many female composers, she’s not much played today compared to her male friends (like Edvard Grieg),” says Lauvdal. “When I started diving into her work I became a bit obsessed. It wasn’t like I loved all of her music, but her style was sort of sketchy and raw, and I hadn’t really heard anything like it. I named the song intuitively after her. The song to me is fragmented, and it feels like Grøndahl’s music today only exists in fragments.”
Listen to “Fantasie for Agathe Backer Grøndahl”

“From a Story Now Lost means the story is still there,” Lauvdal explains. “It hasn’t gone anywhere even though nobody heard it, or maybe you’re hearing it for the first time. And actually it was told a long time ago – maybe you weren’t ready to hear that story at the time.” This hints at the limitless nature of her music, as well as its new emotional texture. Direct in its vulnerability, immediate in its tenderness, From a Story Now Lost is a sophisticated evocation over restrained artistry spilling over with meaning.