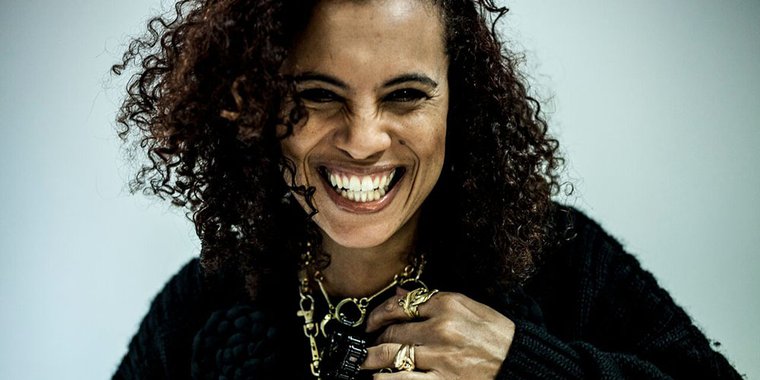 Neneh Cherry Blank Project is her first solo album in 16 years – a collaboration with RocketNumberNine, produced by Four Tet, and featuring a guest appearance by Robyn. The 10-track album, recorded and mixed over a 5-day period will be out February 25th, 2014 on Smalltown Supersound. It follows 2012’s The Cherry Thing, a collaborative record with free jazz, noise collective The Thing, which featured new versions of songs by The Stooges, MF Doom, Ornette Coleman, amongst others. While her energy and demeanor may not have changed since the days of Rip Rig + Panic, musically, Blank Project is a departure from anything Neneh has previously done, initially written as a means of working through personal tragedy. What stands out upon first listen is the album’s sparseness: loose drums and a few synthesizers are the only accompaniment to Neneh’s wildly poetic, sometimes-spoken, sometimes-screeching, soul-flooded and raw vocals. The space created by this minimal aesthetic leaves room for occasional pistes and flurries of rapid, yet throbbing and thunderous instrumentation. Featuring combined elements of beat poetry, avant-electronica and beautiful vocal melodies, it’s a record that uses simple ideas to create something entirely original. And despite the personal struggles, Neneh was working through in writing this new material, the songs are far from introverted. As many are aware, the stories from Neneh’s early years are astonishing. She spent her childhood living 50/50 between a loft in New York and in the South of Sweden with her mother and stepfather, the legendary jazz musician Don Cherry. She's been lifted onto Miles Davis’ lap, Allen Ginsberg regularly passed through their home in an evening and as she got older, she could pop in on Arthur Russell, Talking Heads and The Modern Lovers who all lived in the same loft complex in Long Island City New York. At 14, she started taking trips to Harlem with Ari Up of the Slits at a time when few would venture so far uptown. Soon after, she left home and moved to London, and spent the next 20 years inside the crucial developments in British subculture. As post-punk became the site of 80s Britain’s artistic and political resistance, she helped form the anarchic multi-ethnic, multi-genre Rip, Rig + Panic, and she was one of the first to bring hip-hop culture to a British audience with “Buffalo Stance” and Raw Like Sushi. Although at points her career had brushes with the mainstream, Neneh remained staunchly counter-culture. Through post-punk’s adherence to mixed-race line-ups and antigovernment stance, to UK rap’s refusal of the conventions of pop, triphop’s connection with the politicized elements of rave culture and, through 1996’s Man, where Neneh introduced elements of Senegalese language to mainstream audiences for the first time via the mammoth “7 Seconds” single featuring Senegalese singer Youssou N'Dour, and now, with Blank Project, Neneh continues to arrive at moments in musical history when there is an opportunity to subvert ideas of popular culture. She is subverting once again, only this time, although this record is musically bold, Neneh sees the stasis she’s challenging isn’t musical or societal, but her own